Before the Saucon Rail Trail had become what it is today, 5 miles of beautiful trail, it was a railroad called the North Pennsylvania Railroad (N.P.R.R.). Through the years, the railroad name was transformed, merged, consolidated and transferred through many railroad companies.

Historically, the North Pennsylvania Railroad was used for our local economic development in our four municipalies: Lower Saucon Township, Hellertown, Upper Saucon Township and Coopersburg. Local industries and products were supported by the railroad; such as, anthracite coal, farming, commuter transportation, iron ore, mail services, dry goods/groceries and grains. It was a powerful mode of transport. (N.P.R.R.) linked Philadelphia to Bethlehem and to coal regions north. Before the railroad, the route took 8 hrs to travel by stagecoach, or several days by canal boat. It took only 3 hours by railcar. Listed below are some landmark dates in the rich history of the Saucon Rail Trail.

1855: On July 2nd, 1855, the construction of the North Pennsylvania Railroad began in Philadelphia, PA.

1857: Opens from Philadelphia to Freeemansburg and Easton, PA

1917: Peak of coal productions and Reading Railroad was the railroad that transported it in the area.

1920: Changed from Philadelphia and Reading Coal and Iron Company to Reading Line because of government legislation to abolish railroad monopolies.

1963: Last Steam Train on line. Three to Four Steam Train were used for only excursion/leisure rides.

1976: ConRail (Consolidated Railroad) was created by government because Penn Central Transportation and other lines, such as, Lehigh Hudson Railroad, Lehigh Valley Railroads were going through bankruptcy.  The Reading Railroad became part of ConRail at this time.  Then, in the same year, ConRail was transferred to SEPTA.

2008: SEPTA issued $2 million contract for the removal of rails and ties. 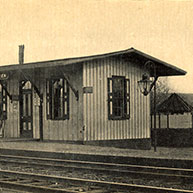 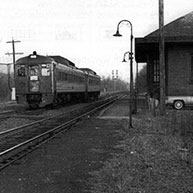